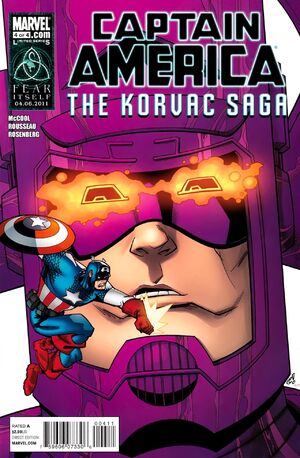 Appearing in "The Star Lord"Edit

Witness the cosmic conclusion of Captain America’s most epic challenge yet! Marvel’s man out of time has met his match in the omnipotent Michael Korvac, a freak of science from the future. Yesterday and tomorrow are on a collision course...but will any of it matter in the shadow of GALACTUS THE WORLD DEVOURER?!!??

Retrieved from "https://heykidscomics.fandom.com/wiki/Captain_America_%26_the_Korvac_Saga_Vol_1_4?oldid=1488896"
Community content is available under CC-BY-SA unless otherwise noted.