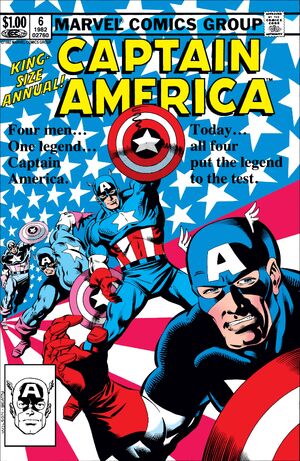 Appearing in "The Shadows of the Past"Edit

+ all noted characters and locales above are alternate temporary counterparts to the original 616 people and Earth, most of whom are all killed and converted into robot cyborg slaves of Adam II of this alternate Earth
Items:

Synopsis for "The Shadows of the Past"Edit

Retrieved from "https://heykidscomics.fandom.com/wiki/Captain_America_Annual_Vol_1_6?oldid=1657376"
Community content is available under CC-BY-SA unless otherwise noted.