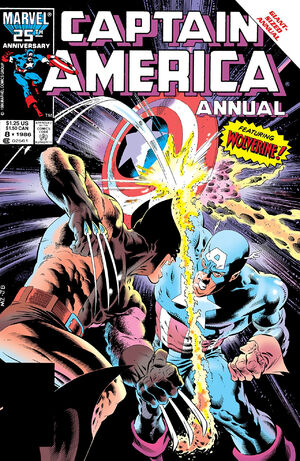 I guarantee the Avengers would never have you!

What do you get when you want the Total Exterminator of the Super Soldier- You get TESS-1— the ultimate man-killing robot! It's target is Cap! But when Wolverine enters the fray, TESS-1 just might bag two for the price of one!

Retrieved from "https://heykidscomics.fandom.com/wiki/Captain_America_Annual_Vol_1_8?oldid=1482125"
Community content is available under CC-BY-SA unless otherwise noted.