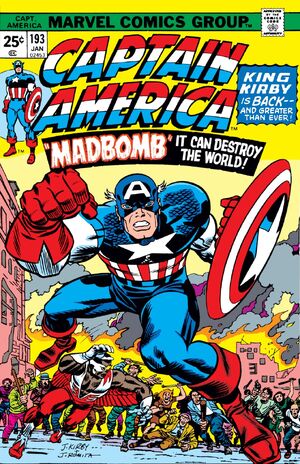 Appearing in "Screamer in the Brain"Edit

Synopsis for "Screamer in the Brain"Edit

Basically, Captain America and the Falcon are detached from the rest of the Marvel Universe during Kirby's tenure as writer, artist, and editor.

Retrieved from "https://heykidscomics.fandom.com/wiki/Captain_America_Vol_1_193?oldid=1657919"
Community content is available under CC-BY-SA unless otherwise noted.