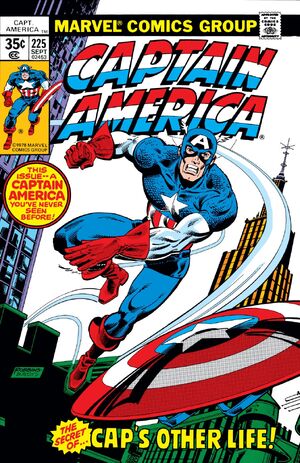 This storyline is never clearly resolved (and probably never will be). Agent Dugan was sent to investigate, but his body is seen inhabited by the Red Skull next issue.

Retrieved from "https://heykidscomics.fandom.com/wiki/Captain_America_Vol_1_225?oldid=1657952"
Community content is available under CC-BY-SA unless otherwise noted.