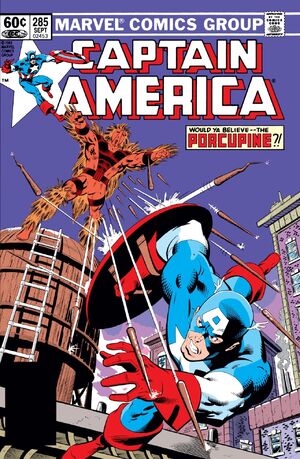 One of Cap's sharpest opponents, the Porcupine, returns, and we also learn the outcome of the Patriot's losing battle with cancer.

Retrieved from "https://heykidscomics.fandom.com/wiki/Captain_America_Vol_1_285?oldid=1657288"
Community content is available under CC-BY-SA unless otherwise noted.