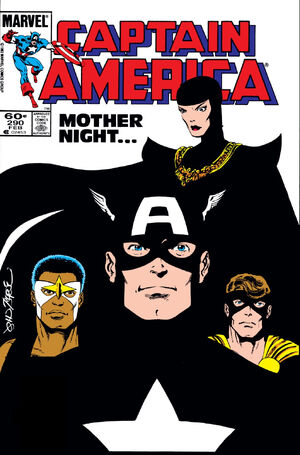 Cap's life becomes more complicated than ever, when the son of Baron Zemo returns! Plus - the first hints of a grand scheme against Cap that he may never recover from! And who is Mother Superior?

Retrieved from "https://heykidscomics.fandom.com/wiki/Captain_America_Vol_1_290?oldid=1657382"
Community content is available under CC-BY-SA unless otherwise noted.