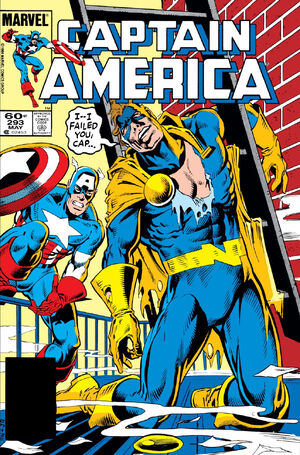 Appearing in "Field of Vision"Edit

Who is the Slayer? Is he really the man whom Captain America befriended and trusted? Or is he the pawn of Cap's most sinister foe? You may find out . . . before Cap loses his life in the eeriest battle of his career! Guest-starring Baron Zemo!

Retrieved from "https://heykidscomics.fandom.com/wiki/Captain_America_Vol_1_293?oldid=1658013"
Community content is available under CC-BY-SA unless otherwise noted.