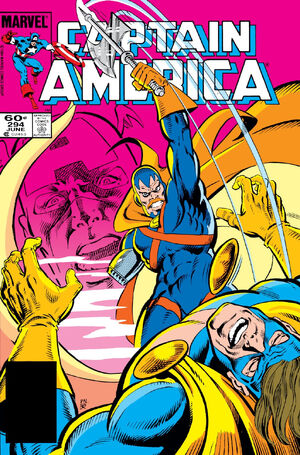 Appearing in "The Measure of a Man"Edit

"The Measure of a Man!" Can Cap survive the onslaught when The Slayer comes to town? And what will be the outcome when Steve Rogers tells Bernie the truth of how he feels about her?

Retrieved from "https://heykidscomics.fandom.com/wiki/Captain_America_Vol_1_294?oldid=1658014"
Community content is available under CC-BY-SA unless otherwise noted.