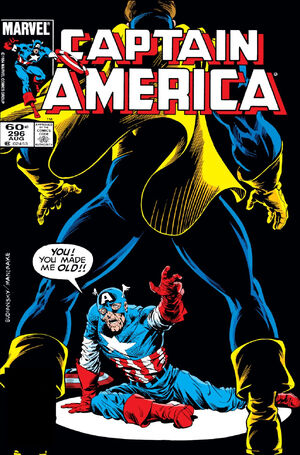 Trapped by an assortment of his most deadly enemies, Captain America must fight for the life and the sanity of his best friend, Arnie Roth! And that's no small feat — when you've got to contend with Baron Zemo, the Red Skull, and Mother Superior and her Sisters of Sin! Guest-stars the Falcon, the Wasp, and Starfox!

Retrieved from "https://heykidscomics.fandom.com/wiki/Captain_America_Vol_1_296?oldid=1658016"
Community content is available under CC-BY-SA unless otherwise noted.