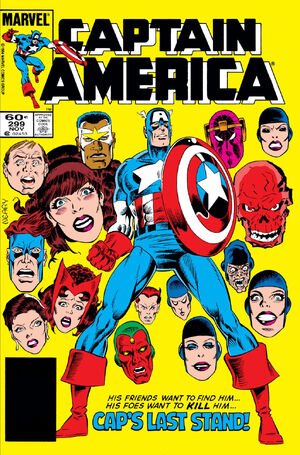 The fights you thought you'd never see! Falcon and Nomad take on the Sisters of Sin! Baron Zemo dukes it out with Mother Superior! Captain America and the Red Skull... just sit around and watch? There's a reason for this, of course — and it's in "The Bunker"

Retrieved from "https://heykidscomics.fandom.com/wiki/Captain_America_Vol_1_299?oldid=1743019"
Community content is available under CC-BY-SA unless otherwise noted.