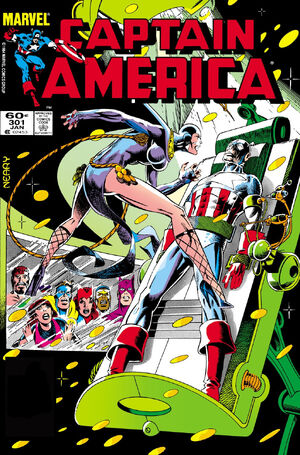 Appearing in "All Good Things..."Edit

The funeral of the Red Skull! But has his death unleashed an even greater menace in Mother Superior and the Sisters of Sin? Guest-starring the Avengers and the Falcon!

Retrieved from "https://heykidscomics.fandom.com/wiki/Captain_America_Vol_1_301?oldid=1652868"
Community content is available under CC-BY-SA unless otherwise noted.