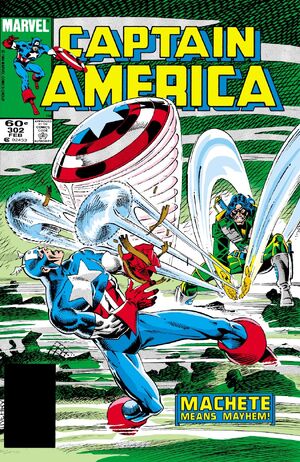 Appearing in "...And Other Strangers"Edit

Batroc enlists Zaran and Machete into his brigade for the purpose of stealing the greatest weapon in the world — Cap's shield! And if they have to do so over Cap's dead body, so be it!

Retrieved from "https://heykidscomics.fandom.com/wiki/Captain_America_Vol_1_302?oldid=1657384"
Community content is available under CC-BY-SA unless otherwise noted.