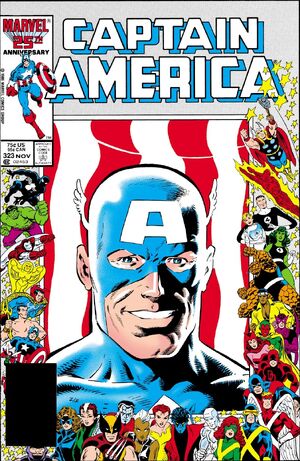 Appearing in "Super-Patriot Is Here"Edit

Over the last few issues, Captain America's faith in the American dream suffered its greatest blow— he'd been forced to take a life! Can Cap's faith be renewed after what he has just experienced? Introducing the incredible Super Patriot!

Retrieved from "https://heykidscomics.fandom.com/wiki/Captain_America_Vol_1_323?oldid=1658037"
Community content is available under CC-BY-SA unless otherwise noted.