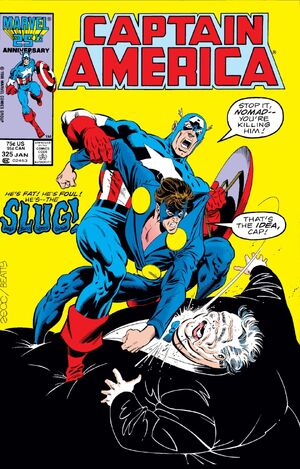 Captain America's former sidekick, Nomad, returns! And Captain America is faced with one of the most difficult decisions of his career when he learns Nomad is out to kill Miami's biggest drug dealer, the Slug!

Retrieved from "https://heykidscomics.fandom.com/wiki/Captain_America_Vol_1_325?oldid=1657388"
Community content is available under CC-BY-SA unless otherwise noted.