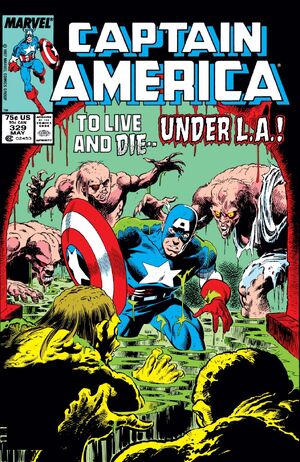 Appearing in "Movers and Monsters"Edit

Captain America's investigation into the illegal body-building techniques used by the Super-Patriot may spell Cap's doom. Plus: premiering the hardest-working henchmen ever— the Sweat Shop!

Retrieved from "https://heykidscomics.fandom.com/wiki/Captain_America_Vol_1_329?oldid=1658041"
Community content is available under CC-BY-SA unless otherwise noted.