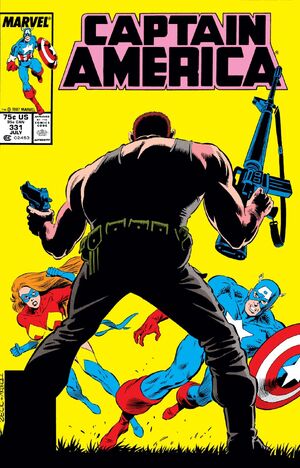 Is Captain America obsolete? In the final chapter of the Power Broker Saga, the U.S. Army claims he is and to replace him they've created the ultimate super soldier— G.I. Max!

Retrieved from "https://heykidscomics.fandom.com/wiki/Captain_America_Vol_1_331?oldid=1658053"
Community content is available under CC-BY-SA unless otherwise noted.