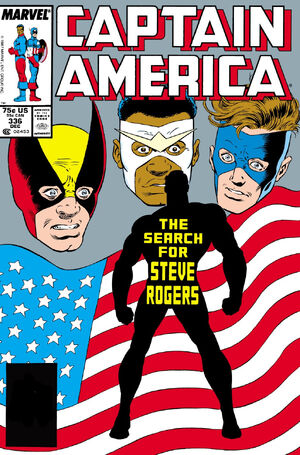 After three months among the missing, Steve Rogers is back! But he may regret it when he meets the ecological terrorist Brother Nature! What will Steve do now that he's no longer Captain America? Will his friends, the Falcon, Nomad, and D-Man be able to help him?

Retrieved from "https://heykidscomics.fandom.com/wiki/Captain_America_Vol_1_336?oldid=1657389"
Community content is available under CC-BY-SA unless otherwise noted.