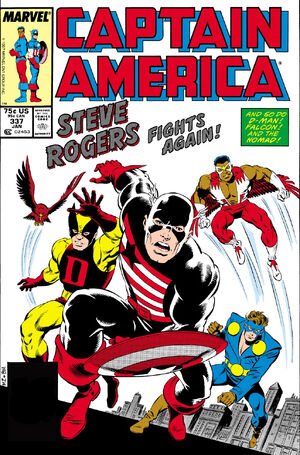 Appearing in "The Long Road Back"Edit

Other Characters: Flashback of

Nomad, the Falcon, and D-Man finally track down Steve Rogers and convince him to get back into costume— but it's not the Captain America costume!

Retrieved from "https://heykidscomics.fandom.com/wiki/Captain_America_Vol_1_337?oldid=1657390"
Community content is available under CC-BY-SA unless otherwise noted.