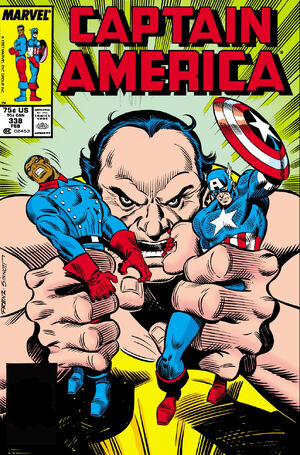 The new Captain America and Bucky are after the villainous Professor Power — and the villain may not survive the arrest! Meanwhile, the Captain and his allies are in jail— for helping the police fight the all-new Serpent Society!

Retrieved from "https://heykidscomics.fandom.com/wiki/Captain_America_Vol_1_338?oldid=1658070"
Community content is available under CC-BY-SA unless otherwise noted.