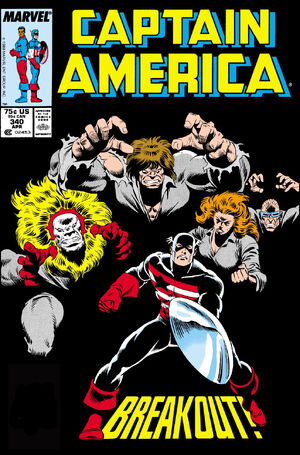 Talk about guest-stars — this issue's got them! And the Captain's going to need all the help he can get from D-Man, Falcon, and Nomad because he's facing Mr. Hyde, Titania, Vibro, the Griffin, Armadillo, and the Captain's friend, Iron Man!

Retrieved from "https://heykidscomics.fandom.com/wiki/Captain_America_Vol_1_340?oldid=1657391"
Community content is available under CC-BY-SA unless otherwise noted.