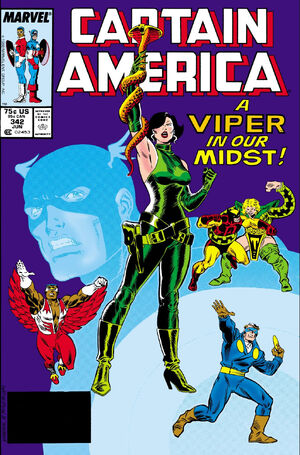 Appearing in "The Snake Pit"Edit

The Black Panther's got a gift for the new Cap: a new shield! And when Cap uses the shield to go after the guys invading the Serpent Society's headquarters, well, everybody had better watch out!

Retrieved from "https://heykidscomics.fandom.com/wiki/Captain_America_Vol_1_342?oldid=1657392"
Community content is available under CC-BY-SA unless otherwise noted.