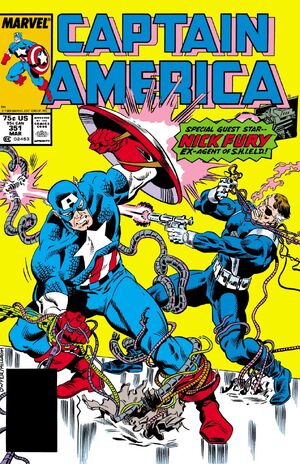 Appearing in "Changing of the Guard"Edit

Captain America and Nick Fury team up to knock out a top-secret SHIELD base. But if you've been following NICK FURY VS. S.H.I.E.L.D. you know something about this mission is pretty fishy!

Retrieved from "https://heykidscomics.fandom.com/wiki/Captain_America_Vol_1_351?oldid=1658107"
Community content is available under CC-BY-SA unless otherwise noted.