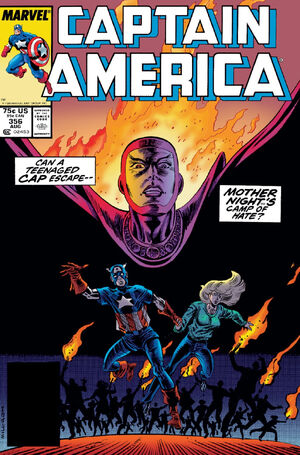 Cap makes his move to bust up the Sisters of Sin's vicious hate camp for kids! But has he already been irrevocably infected by the hatred he plans to stamp out?

Retrieved from "https://heykidscomics.fandom.com/wiki/Captain_America_Vol_1_356?oldid=1658112"
Community content is available under CC-BY-SA unless otherwise noted.