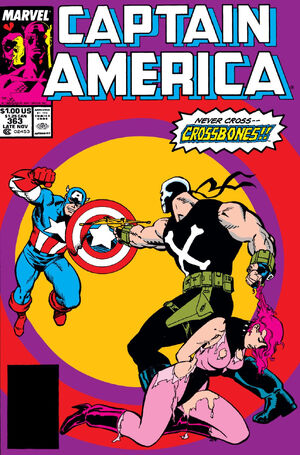 Appearing in "Moon Over Madripoor"Edit

Is romance in the future between Captain America and Diamondback? It's a question that neither may live to have answered if Crossbones has his way!

Plus: Vagabond becomes the pawn of the Power Broker's heir apparent Dr. Malus!

Retrieved from "https://heykidscomics.fandom.com/wiki/Captain_America_Vol_1_363?oldid=1658119"
Community content is available under CC-BY-SA unless otherwise noted.