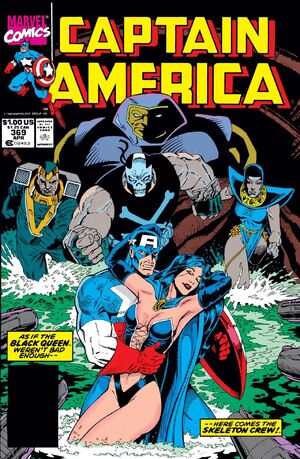 Appearing in "The Skeleton Crew"Edit

The Black Queen and the Hellfire Mercenaries versus Crossfire and the Skeleton Crew — and Cap and Diamondback are caught in the middle!

Appearing in "Out of his Skull"Edit

Synopsis for "Out of his Skull"Edit

Retrieved from "https://heykidscomics.fandom.com/wiki/Captain_America_Vol_1_369?oldid=1729433"
Community content is available under CC-BY-SA unless otherwise noted.