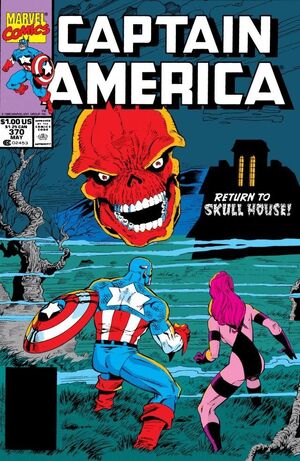 The Red Skull escapes from the prison Magneto put him in. And now the Red Skull and Crossbones and the Skeleton Crew are out for revenge!

Retrieved from "https://heykidscomics.fandom.com/wiki/Captain_America_Vol_1_370?oldid=1658124"
Community content is available under CC-BY-SA unless otherwise noted.