Start a Wiki
Part of the 'Two Americas' story arc 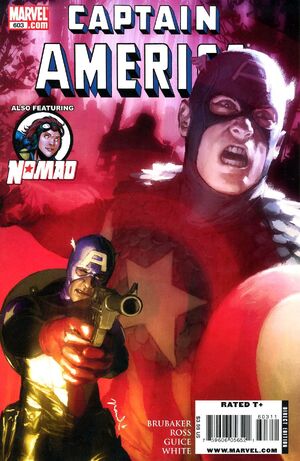 Jefferson said the tree of liberty must be refreshed from time to time with the blood of patriots and tyrants. But who is a patriot and who is a tyrant? Is it all in the eye of the beholder? Captain America has the answer as the Cap from the 50s strikes back in TWO AMERICAS Part 2 of 4.

Retrieved from "https://heykidscomics.fandom.com/wiki/Captain_America_Vol_1_603?oldid=1657643"
Community content is available under CC-BY-SA unless otherwise noted.