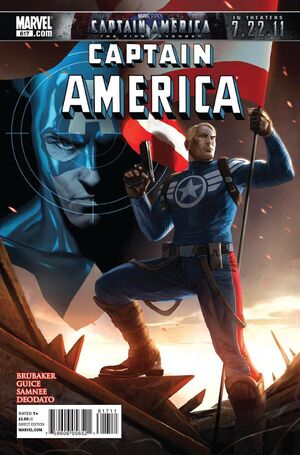 Your monthly dose of Cap is now bigger than ever, as a new era begins! Now also starring STEVE ROGERS, SUPER-SOLDIER in a story that intertwines with, and complements, the main story, both written by Cap mastermind Ed Brubaker. Bucky’s life takes a turn no one ever expected, but that’s all top secret. Meanwhile, Steve Rogers faces a world without a Captain America.