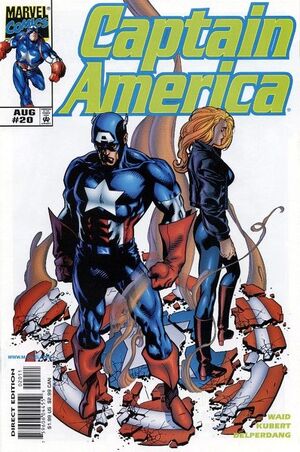 Crisis over -- But we got no clue as t'what happened here!

Appearing in "Danger in the Air"Edit


Synopsis for "Danger in the Air"Edit

Set in war torn World War II, Sgt. Fury and a contingent of his "Howling Commandos" are captured by Nazis and their villainous vampire leader Baron Blood!

Retrieved from "https://heykidscomics.fandom.com/wiki/Captain_America_Vol_3_20?oldid=1518860"
Community content is available under CC-BY-SA unless otherwise noted.