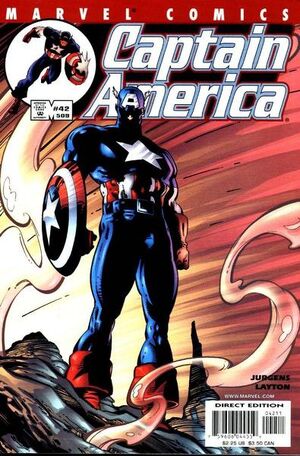 It's ground zero for trouble, Steve.

Cap goes to Khamiskan looking to find a missing Nick Fury. Instead he is captured by David Ferrari and the Crimson Dynamo. To make matters worse, Fury has been effectively brainwashed.

Retrieved from "https://heykidscomics.fandom.com/wiki/Captain_America_Vol_3_42?oldid=1514506"
Community content is available under CC-BY-SA unless otherwise noted.