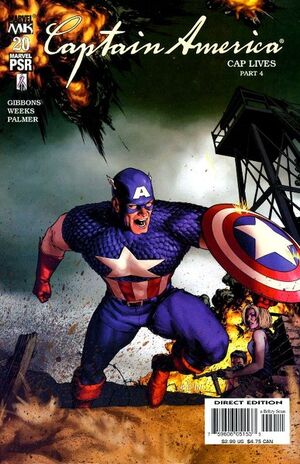 Cap and the Alternate World heroes defeat the Skull. In final battle with the Red Skull, Steve Rogers is transported by Victor Von Doom's time machine back to the waters of the North Atlantic in 1964, to be recovered by the Avengers in our timeline.

Retrieved from "https://heykidscomics.fandom.com/wiki/Captain_America_Vol_4_20?oldid=1416417"
Community content is available under CC-BY-SA unless otherwise noted.