Start a Wiki
Part of the 'The Winter Soldier' story arc 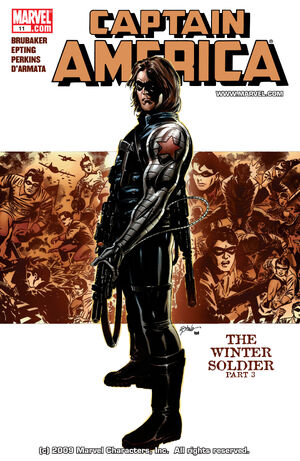 In this issue, a comic book of "The Submariner" is seen in the flophouse the Winter Soldier visits. This is isochronic with Fantastic Four #4 which re-introduced the Sub-Mariner back into the Marvel Universe.

Retrieved from "https://heykidscomics.fandom.com/wiki/Captain_America_Vol_5_11?oldid=1651604"
Community content is available under CC-BY-SA unless otherwise noted.