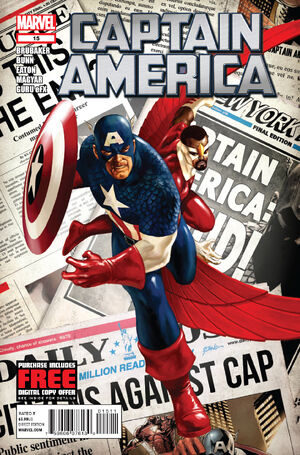 • Still reeling from Hydra’s Madbombs, Cap finds himself the target of a vicious media smear campaign.

• Who are the Discordians and what will they blow up next…?

Retrieved from "https://heykidscomics.fandom.com/wiki/Captain_America_Vol_6_15?oldid=1651195"
Community content is available under CC-BY-SA unless otherwise noted.