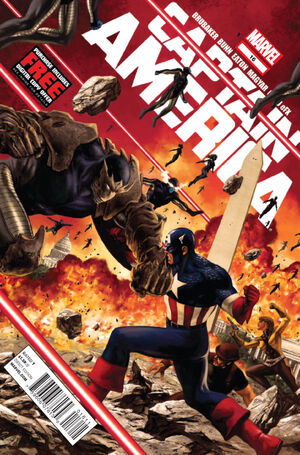 • Discordian cells attack American interests all over the world! • Shock journalist Reed Braxton is turning the public against the Sentinel of Liberty. • But if Reed Braxton is dead, who the heck is that on LIVE television?

Retrieved from "https://heykidscomics.fandom.com/wiki/Captain_America_Vol_6_16?oldid=1651196"
Community content is available under CC-BY-SA unless otherwise noted.