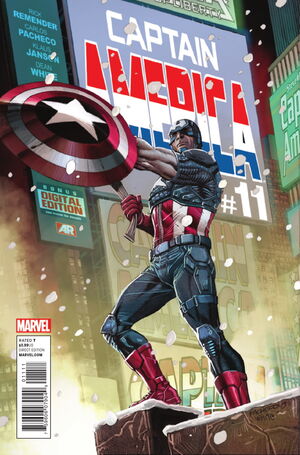 Appearing in "A Fire in the Rain"Edit

• A man further out of time!

• Captain America returns home to deal with the repercussions of his time in Dimension Z.

• Someone has set Nuke loose in a foreign nation and he’s on a rampage.

Retrieved from "https://heykidscomics.fandom.com/wiki/Captain_America_Vol_7_11?oldid=1641443"
Community content is available under CC-BY-SA unless otherwise noted.