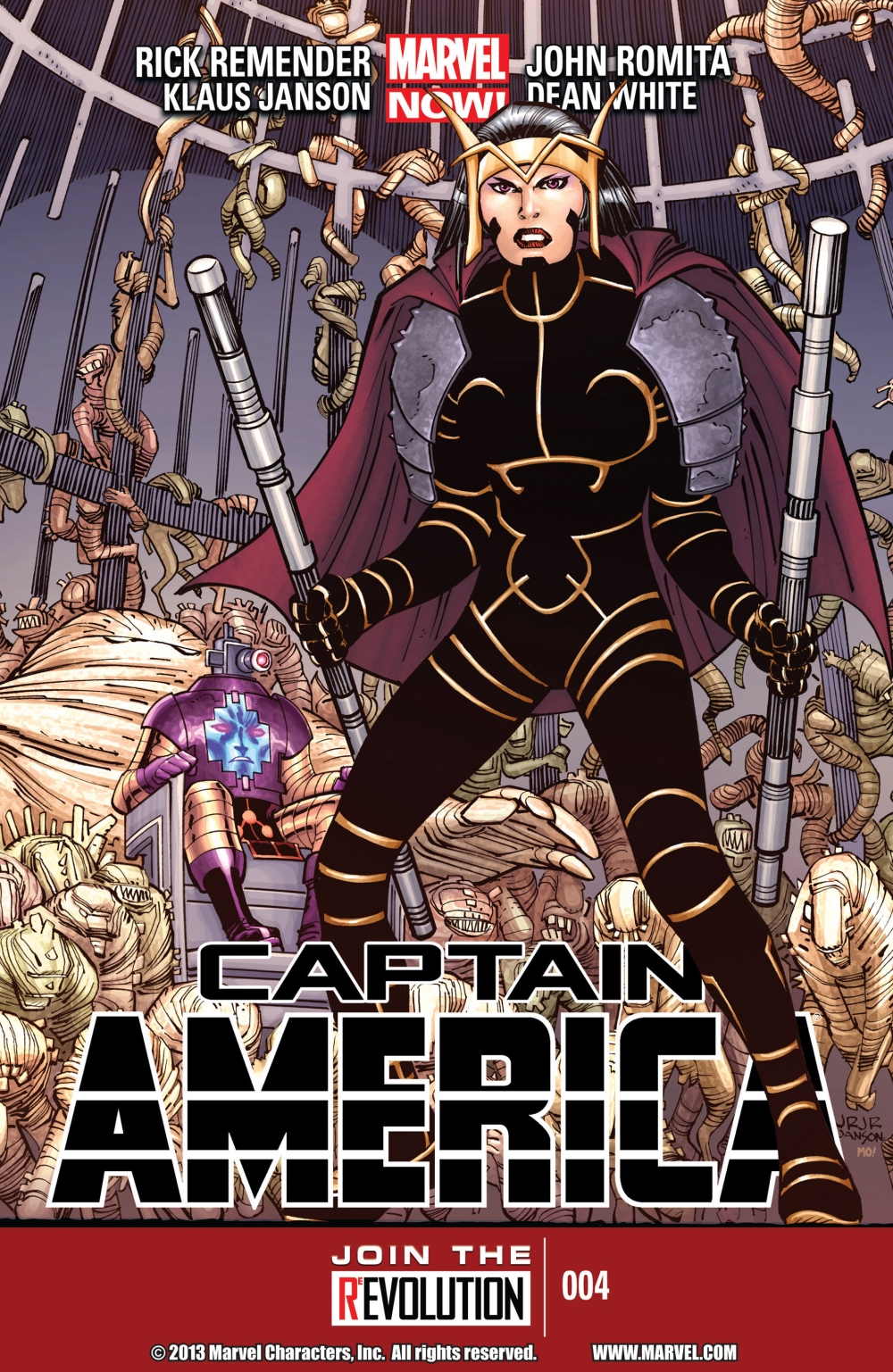 It's been eleven years since Steve was stranded in the Dimension Z. He has been training Ian in how to throw his shield properly. During the training sessions, Steve and Ian have become very close. Standing on a cliff, Steve and Ian watch Zola's army ready to mobilize. In that moment, one of Zola's creatures aims a gun at them, but Ian shoots him dead.

Trying to escape the area, Steve finds a bike with a map that shows a way to return to his home. Ian is unsure about this, saying that he has no home. He asks Steve to tell him about his mother, but when Steve tries to answer, Zola's voice torments him within his mind. As Zola begins to taunt Steve about how he killed Ian's mother, Steve falls unconscious.

Steve dreams of his childhood, when his mother was very sick. Steve's grandfather Ian had died last winter. The building's landlord also demanded that Mrs. Rogers pay the rent from the past two months or he would throw her and Steve out. Desperate for money to buy medicine for his money, Steve asked his friend Deirdre for a favor. Deidre introduced Steve to a group of bullies, the same ones that attacked Steve before on his way home. Hutch, the gang leader, decides to let Steve help them pull off a robbery.

Steve distracts the owner of a pharmacy while the thugs throw a rock to the window. Using the distraction, Steve steals some medicine and money from the cash register. As he meets up with the thugs, Hutch allows Steve to keep some of the money, being impressed that Steve could steal. Returning home, Steve gives the medicine to his mother. She asks how did Steve got the medicine and the money, but Steve says that he will do whatever it takes to help her. However, Sarah wants to Steve to remain a good person, no matter what happens.

The next day, Steve returns to the pharmacy and explains his situation to the owner. Taking pity on the boy, the owner allows Steve to work for him to pay for the damages.

As Steve wakes up, Ian sees Zola's electronic face on Steve's chest. Realizing that Zola is his father, Ian asks why did Steve never told him and Steve replies that he wanted to tell him when there was no longer any hope he could hold him off. Zola has been trying to take control of Steve's body for years, but now there is a chance for them to return to Earth. When they return, Steve will get help from the Avengers so that they can help the Phrox defeat Zola's forces.

Retrieved from "https://heykidscomics.fandom.com/wiki/Captain_America_Vol_7_4?oldid=1416332"
Community content is available under CC-BY-SA unless otherwise noted.