Part of the 'Winter in America' story arc 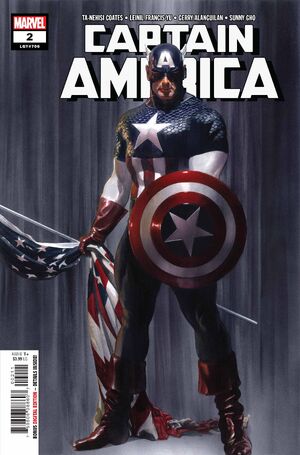 General, I honor your service, too. And I'll stand down. When Washington decides to stand up.

• Distrusted by a nation that seems to have lost faith in him, Steve Rogers is a man out of time and out of options!

• Where can a now-unsanctioned Captain America turn for aid and assistance in order to stem the rise of the cabal of influence brokers known as the Power Elite?

Retrieved from "https://heykidscomics.fandom.com/wiki/Captain_America_Vol_9_2?oldid=1655508"
Community content is available under CC-BY-SA unless otherwise noted.