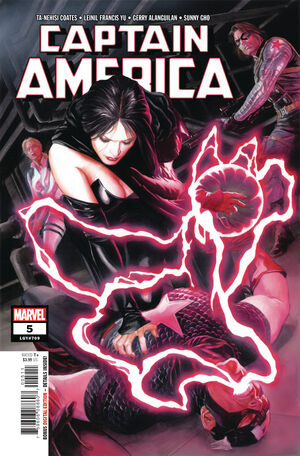 As the noose of betrayal tightens around the necks of Captain America and his closest allies, the Power Elite makes its move — in the person of the immortal Selene!

Retrieved from "https://heykidscomics.fandom.com/wiki/Captain_America_Vol_9_5?oldid=1655591"
Community content is available under CC-BY-SA unless otherwise noted.