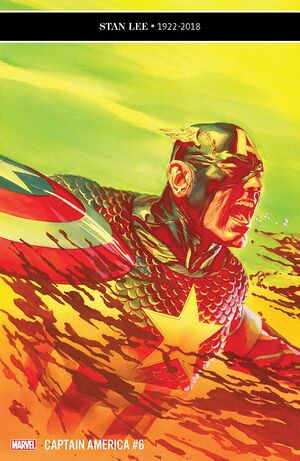 Yes, she brought true power to our design. Power that did not boast -- that wore no rude colors. Power that simply was. And when these heroes in their costumes and rude colors rolled over for Hydra... when they bent the knee... we were there.

...with a shocking turn of events that will send the Star-Spangled Avenger’s life into a sudden dramatic tailspin you won’t see coming!

Retrieved from "https://heykidscomics.fandom.com/wiki/Captain_America_Vol_9_6?oldid=1655592"
Community content is available under CC-BY-SA unless otherwise noted.