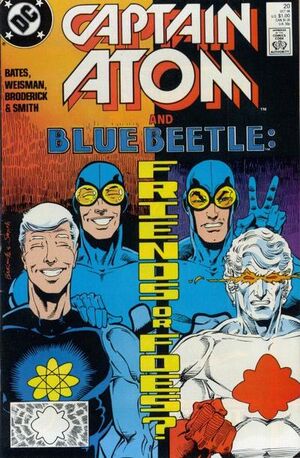 Appearing in "The Silver Age"Edit

Synopsis for "The Silver Age"Edit

Captain Atom, Blue Beetle (Dan Garrett), and Doctor Spectro appear in the "Captain Atom Blue Beetle Covert Casebook." The casebook is part of the lie made up for the Captain Atom Project. Their appearances are not in continuity.

Retrieved from "https://heykidscomics.fandom.com/wiki/Captain_Atom_Vol_1_20?oldid=1698957"
Community content is available under CC-BY-SA unless otherwise noted.