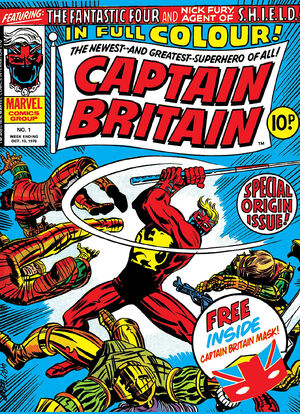 Nice try. But, when you're facing Captain Britain, one chance is all you get.

On Darkmoor, Captain Britain battles for his life against the Reaver's men, and remembers the fateful events that made Brian Braddock into Britain's newest superhero...

Retrieved from "https://heykidscomics.fandom.com/wiki/Captain_Britain_Vol_1_1?oldid=1416955"
Community content is available under CC-BY-SA unless otherwise noted.