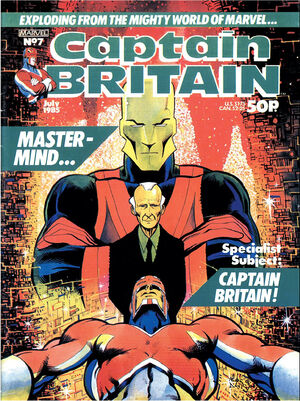 The name of the game is coercion, old chum. We must give them no choice.

Appearing in "Ace of Ravens"Edit

Synopsis for "Ace of Ravens"Edit

Night Raven vs the syndicate.

There's dissension in the ranks of the Space Thieves.

Retrieved from "https://heykidscomics.fandom.com/wiki/Captain_Britain_Vol_2_7?oldid=1417000"
Community content is available under CC-BY-SA unless otherwise noted.