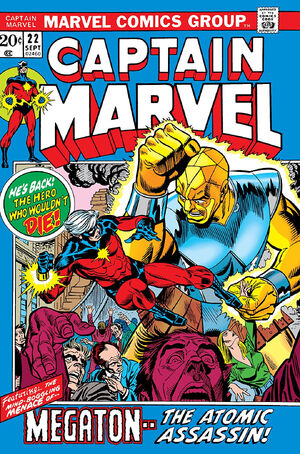 Appearing in "To Live Again!"Edit

The hero who just wouldn't die! But, that was before he met - Megaton, the Nuclear Murderer!

Retrieved from "https://heykidscomics.fandom.com/wiki/Captain_Marvel_Vol_1_22?oldid=1719969"
Community content is available under CC-BY-SA unless otherwise noted.