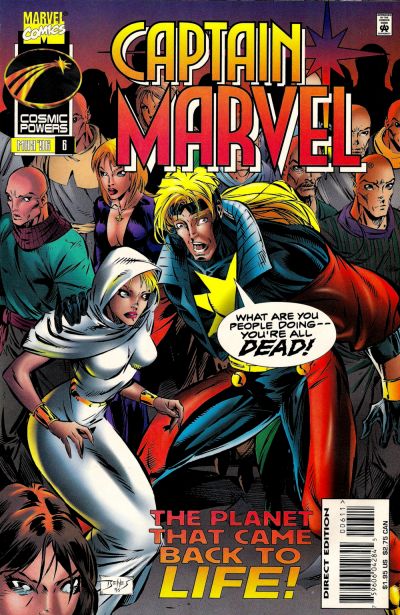 Maybe we are all just ants, waiting to be crushed by anyone more powerful? I'd like to think that it's easier to hold the ant in your hand or watch it build its hill without interfering...as it is to step on it. Power grants you the ability to stomp down, but not the right. Only courage and vision can keep your foot off that hill. I'd like to think I'm a dude with those qualities. I only wish the people who are more powerful than I am...shared them...

Retrieved from "https://heykidscomics.fandom.com/wiki/Captain_Marvel_Vol_3_6?oldid=1417080"
Community content is available under CC-BY-SA unless otherwise noted.