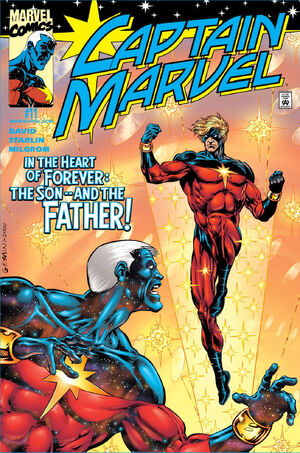 Appearing in "Together Again for the First Time!"Edit

Synopsis for "Together Again for the First Time!"Edit

A space rift in time gives Genis-Vell a rare opportunity to meet his Father, but all is not as it seems as this is an alternate universe, one in which The Magus who calls himself Thanos has wiped out all life in the universe except for Mar-Vell. The two work together to defeat Thanos and repair the rift before damage is done to Genis-Vell universe.