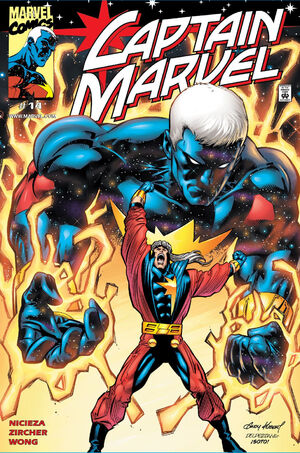 Sorry, but it was a monumental moment for me...because that was when I finally realized...what my father would have done didn't matter! I had to start deciding how to handle things for myself!

Appearing in "Truth or Dare"Edit

Synopsis for "Truth or Dare"Edit

Retrieved from "https://heykidscomics.fandom.com/wiki/Captain_Marvel_Vol_4_14?oldid=1475490"
Community content is available under CC-BY-SA unless otherwise noted.