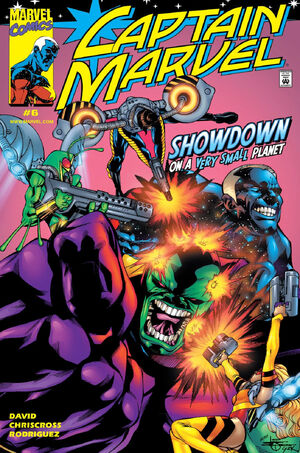 Appearing in "It's A Small Universe After All!"Edit

Synopsis for "It's A Small Universe After All!"Edit

The Small X-Pectations one-shot, which is erroneously referenced in this issue as having been released the year previous to that in which this issue was published, never actually saw print. Therefore, this issue is the only canonical evidence that the X-Men teamed up with the Microns to defeat a resurrected Baron Karza, which is to date, still fully untold.

Retrieved from "https://heykidscomics.fandom.com/wiki/Captain_Marvel_Vol_4_6?oldid=1730765"
Community content is available under CC-BY-SA unless otherwise noted.