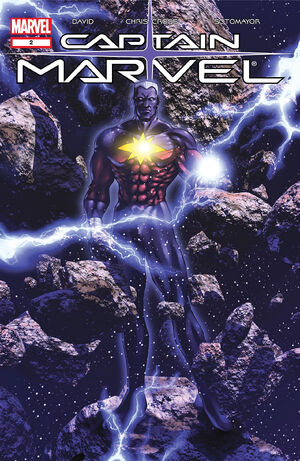 No, Mr. Castle. He doesn't see. Now his father...he saw. Saw what his son was going to grow up into. He saw what it meant for him. And now... See what it means for you. I promised you future sight, Frank Castle. Enjoy it for a brief time...and decide for yourself if it's a gift...or punishment.

Retrieved from "https://heykidscomics.fandom.com/wiki/Captain_Marvel_Vol_5_2?oldid=1417118"
Community content is available under CC-BY-SA unless otherwise noted.