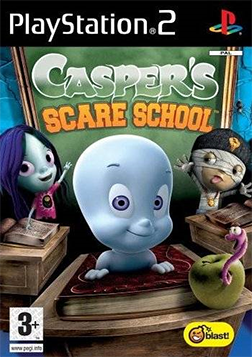 Both versions is based on the computer animated series Casper's Scare School. The plot involves Casper the Friendly Ghost, having been sent to "Scare School" by his three uncles, must thwart the school bully Thatch the Vampire's plan to turn all the characters to stone.

Retrieved from "https://heykidscomics.fandom.com/wiki/Casper%27s_Scare_School_(video_game)?oldid=1567554"
Community content is available under CC-BY-SA unless otherwise noted.